Sometimes I think it just sucks balls being a girl. When you’re a girl,

You’re going to meet that guy that you’ll end up wanting so badly but you can’t be with because everything’s against you being with him, and because your also scared he won’t be the real deal. You’re a girl, so you end up over thinking the situation. See if I was a boy, I’d hook up with anyone I wanted any day, without regrets coz I know I’d be able to get everyone I wanted. And at the end of the day it would just be sex, wouldn’t matter if I could remember how the girl looked the next day.

When you’re a girl, you cannot hook up with someone’s ex or someone’s crush. So what happens if your feelings are actually genuine and you’re not doing it to hurt anyone? Should you sacrifice your happiness for chicks over dicks? And if that chick was your friend, isn’t she supposed to be happy for you? I know guys who do not mind if they’re boy ended up with they’re ex, because you’re supposed to leave the past in the past. Ladies, leave the past in the past!! And leave the present and future you can’t have to the girl who can have it! 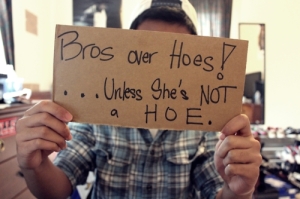 Another thing, girls are way tooo emotional, too too emotional. And emotions are the reason why women are sometimes so difficult to deal with.  Men are detached from their emotions, well most men I know, but nowadays I swear some men are so emotional its disgusting, if you fall under this category please change because we can’t have two women in a relationship. 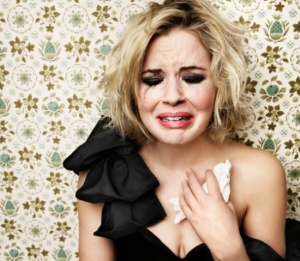 Stop with the Emotions

Am That Crazy African Chick